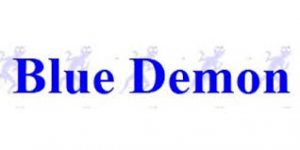 Blue Demon Company was started in 1948 by Herb Hawthorne as the Hawthorne Bit Company. It was the first company to develop a replaceable drag bit for use in drilling waterwells, shallow oil and gas wells, and construction holes with a mud rotary drill rig. They were awarded a patent for this product in 1948.

The company continued through the 1950’s and in 1960 the company was sold to Hughes Tool Company where it remained a part of this company until 1987 when it was sold to Sandvik Rock Tools. In 1992 the company was purchased by former employees of Hughes and at that time the product name also became the company name.

The production facility was ultimately moved to Sedalia, Missouri where it continues to produce the original replaceable blade bits, BD drill heads (originally developed by Austin Powder), as well as directional pilot bits and replaceable backreamer bits which we supply to numerous OEM’s and distributors.